The anniversary week from 17 October till 21 October kicked off with handing out the program flyer (PDF 264KB).
Below an account of this week, the activities and the lottery results.

Today was the kick-off day of the Anniversary week activities of the Computer Club Medical Systems.
A thank you, to all visitors for dropping by.
All who could not attend, have ample opportunity in the coming days to visit us.
Below a photo impression of the first day. 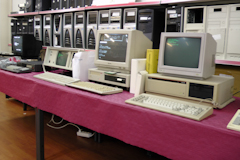 The history of PC development in QCC 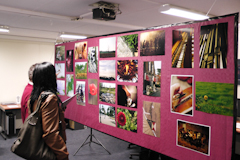 A presentation of the Photo group

The draw of the Monday lottery was done by one of the last visitors, Miriam Munster.

An anniversary is to be celebrated, as is the case at the 25 year anniversary of the Computer Club Medical Systems.
The appealing music from the band Dubbel Sikx could be heard when entering the QA building, which kept the spirits high.
This does not mark the end of the anniversary celebrations, the coming days will provide ample opportunity to visit us at QCC and QCC-2.
Below a photo impression of the celebrations on the second day. 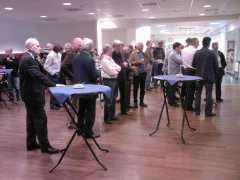 Food and drinks were provided for 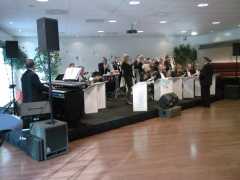 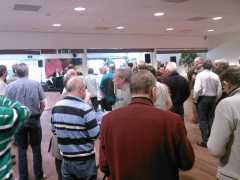 which where thoroughly enjoyed by the audience

The draw of the Tuesday lottery was done by the singer of Dubbel Sikx.

Today marked the halfway point of the week long 25 year anniversary of the Computer Club Medical Systems.
During the lunch break and in the afternoon, we were glad to welcome many visitors to our activities.
Tomorrow we will once again provide a double opportunity to visit us at the QCC and QCC-2 locations.
Below some pictures of today. 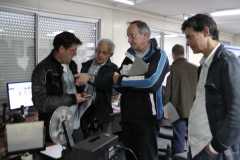 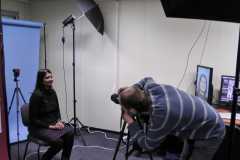 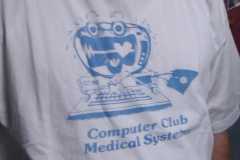 For some a familiar T-shirt

The draw of the Wednesday lottery was done by Peter Brouwer.

Today a new activity kicked off in QCC-2 from the video group of the Computer Club Medical Systems.
This interactive presentation challenges you to act really silly.
Tomorrow during the lunch break we will wrap up the anniversary week by drawing the winner of the main prize, a new PC.
Everybody is invited to attend the presentations.
Below an impression of the blue screen presentation from the video group. 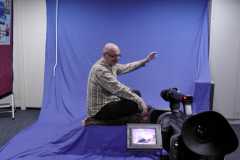 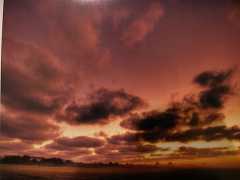 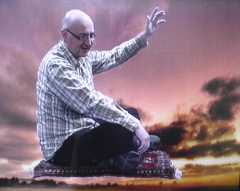 The draw of the Thursday lottery was done by Paul van Zeeland. 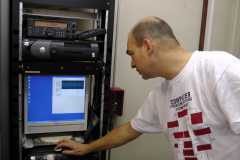 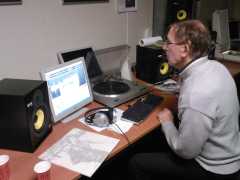 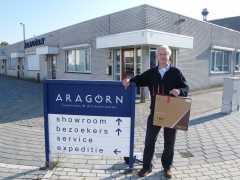 The draw of the Friday lottery was done by Ben Kok.